So Bill and I go back a while. My mother’s a big fan, there’s even a portrait of him hanging in the family dining room (looking snazzy on an oxblood coloured wall). English literature was one of my favourite classes, being able to go over his work and study it properly. It’s when I first realised that Shakespeare is better performed live.

Anyway, as you can see there is a slight difference in the original Shakespeare Sunday to the rest. I decided the square format worked a bit better. If you’d like to see the full blog that accompanies each post click on the image!

The oblongy first version of Shakespeare Sunday, I’m not entirely sure why I decided to shape it like that. Anyway, I picked this out as Venice really reminded me of the play. I know the play is set in Athens, so far flung from Italy- but I liked the antiquity of the island. If you ever get a chance to go there- really do! Just try to aim for before or after the Mask season! 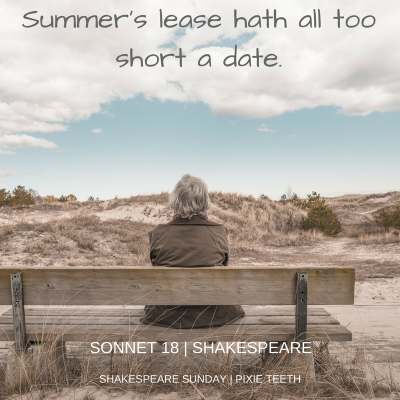 So far the only Sonnet I’ve used for this, I’m hoping to include more along the way. Sonnets are wonderful writing constructs, and Shakespeare really crafted and perfected it. What I didn’t realise about Summer when I wrote the post was that the Irish one takes some steam to build up. We’ve had some pretty crazy hot days since then. Now writing on the penultimate day of August, the quote feels apt.

This was the first time that I properly acknowledge how so little has changed since Shakespeare wrote. Does it mean there are some things that will never change? Is it simply a matter of human nature? We must compare and give ourselves a hierarchy or all will be doomed? The message of self-love and loving imperfections that Shakespeare wrote about is still something we need to highlight these days. Read the full blog for all my thoughts. 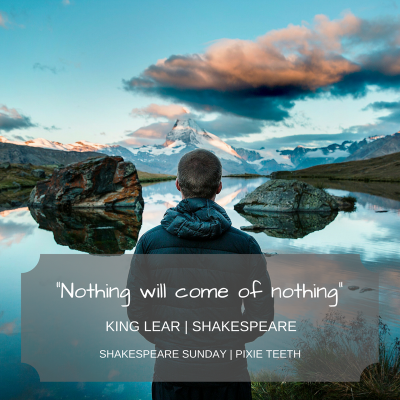 There are times when Bill is so cryptic, you stare at the page or rewind the video. What could he have meant? Implied? Suggested? Then there are times when he’s so straight forward it’s blunt. It’s true. Nothing will come of nothing. Whether that’s your career or your relationship it’s an important thing to take to heart. It’s not by any means negative, it’s supportive! It’s encouragement from the Bard 400+ years after his death!

Things just don’t change. Something that hearts is losing someone you love. Having felt that personally, nearly four months ago now, I know this is true. As I’ve said quite recently, I’m a default Christian but even I was pleased with how the cross lined up on this image. Some times I spend an hour or so surfing free use photos to find the right one, to sum up, the message- this was the first one I tried. As I said on the post- death is what you make of it.

For a play I’ve not yet read I do like quoting from it!

I’ve also been dying to use this image- I think it’s glorious! It’s a fine example of macro photography and using a really shallow depth of field. The subject as well is fascinating. Turns out that I explained the system of Taxonomy well, and the whole post went down rather well. Got to admit I’m a bit proud of this particular post. 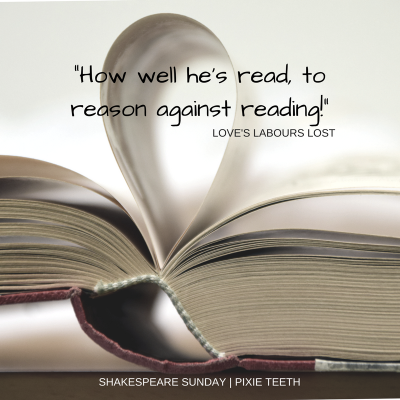 Again quoting from a play I haven’t yet read. It has been suggested that I took this out of context but I do my best to research around the quotes. I don’t want to pick something out just because it suits me or the theme that week- though this one rather did. The message I wrote about is still something close to my heart. What with the elections (Germany will shortly be going to the ballot box) and other events, it saddens me deeply when properly educated people are shunned so that other, easier on the conscious, thoughts and theories are put in their place. 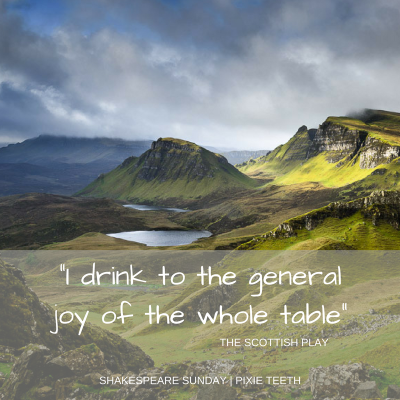 This I so badly want to see live. I’ve seen a few Shakey plays but this one always gets me. Like I explained in the blog, I’ve watched many iterations of it- and read many guides and interpretations but it’s definitely a whole other level to see it in the flesh. To see how certain challenges are taken on and displayed. The look on MacBeth’s face when he says this line- it should cut right through you.

This one I nearly took down.

Being rather ignorant I didn’t realise the image was just not any old skyscraper. Not any old city in America. No. This is the Freedom tower, built to commemorate the victims of the September 11th attacks in New York.

In some respects, this particular quote is not only terribly disrespectful but could possibly be seen as rather upsetting. I’d like to draw you to the play’s message, that people may be in power but that does not make them morally correct. They maybe taking control and creating acts of terrorism, but it does not mean that they, nor their actions, are morally correct. We can stand up, and resist and prevent these things from continuing, everyone! No matter your creed, colour, or preferences.

2 thoughts on “Shakespeare Sunday Round Up”